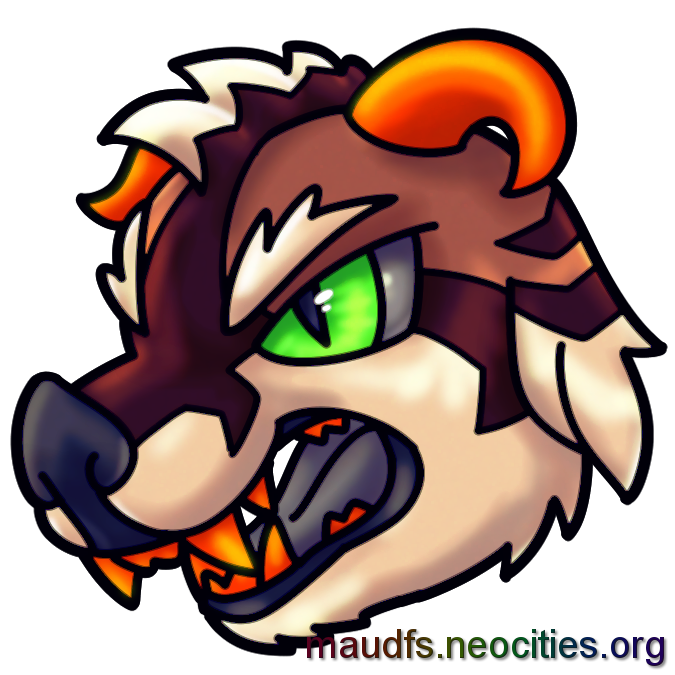 FLAVOR TEXT: Lonely, rash, quick tempered, defiant. Can be obsessive and aggressive. Likes to be self indulgent. Does not respect the law, or anyone in general. Very distrustful of others. He collects things sometimes impulsively. He will stalk creatures nearby if he feels obligated to do so, can become obsessive about it, and follow them for long distances without tiring. Is uncertain what causes him to do this, but it is clear that he enters a strange mood while doing this, and becomes unable to tear himself away from this apparent duty. He is antisocial and strongly dislikes being around crowds especially for extended periods of time. If the subjet is surrounded by others, he will eventually get frustrated and leave.

DISLIKES: Being bothered by others, being woken up, humid weather